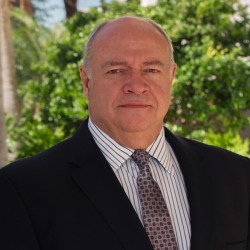 After studying Engineering, Sociology and Education at Universities in Munich and Berlin in Germany, Egon was named a professor of engineering at the National University System in Peru and trained post-graduate Industrial and Chemical Engineers.

During his work in Europe, the U.S., Mexico and South America for international companies headquartered in Germany (LuK, Mannesmann), the U.S. (Entegris, Nashua), and Japan (Riso), Egon held management responsibility in a variety of executive roles, including Operations Manager, Vice President Sales, CFO and General Manager.

Since 2000, Egon is the President and Chairman of the Board of JR BECHTLE & Co. He is also chairman and director of various Boards of Directors for German and Austrian subsidiaries in the U.S. He is a frequent speaker at conferences and seminars on international Human Resources and General Management issues. 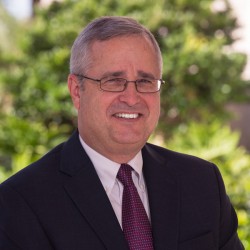 After his studies, Tom worked in the transport and market research departments of Prognos AG, an economic and social research institute in Basel, Switzerland, and later in supply planning and forecasting for a leading energy utility in New England.

Tom joined JR BECHTLE & Co. in 1996 and today as Executive Vice President he oversees the company’s recruitment activities throughout North and South America. He is also responsible for building and maintaining close client relationships in Europe and the Americas. 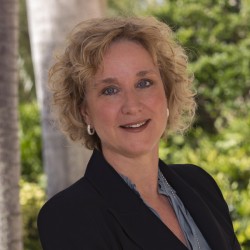 Upon the completion of her secondary school education (German Abitur) in 1990, Ms. Lipke completed her professional studies in Management at the Düsseldorf School of Business in Nordrhein-Westfalen, Germany. Within the realms of her studies, she also completed a 2-year long internship at Mannesmann Handel AG.

With formal education and training concluded, Ms. Lipke began building her career as Head of the SAP Training Team at Mannesmann and for the next 7 years successfully advised medium sized German companies with the project management training process as they converted to the use of SAP Software.

After that Ms. Lipke moved on to pursue a career as an independent Management Training Consultant by supporting such companies as Bayer Chemical and Warner Bros with the management training process as they converted to use the SAP Software at their respective locations throughout Germany.

In December 2001, Susanne moved to the United States for professional and personal reasons, and subsequently went on to reside in Vienna, Austria from 2004-2006, and returned to Miami, Florida where she has resided since then.

Ms. Lipke has been employed at JR BECHTLE & Co since 2012 and is responsible for all aspects of International Business Development, in particular in Germany, Austria, and Switzerland. 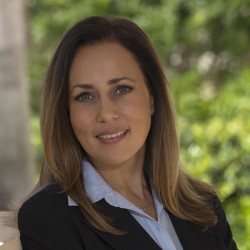 Originally from Peru, Andrea obtained her BBA degree in Management and minor in French at Stetson University and later earned an MBA in International Business at the University of Miami.

After her studies, Andrea started her career holding positions as Marketing, Customer Service and Logistics Manager. She has worked in various industries such as: Printing (RISO, Inc.), Clinical Software (VisualMED Systems), and Direct Marketing (Worldata).

Andrea also served as Chairperson and Speaker for different entities such as “Mercosur Logistics” and South Florida Council of Logistics Management.

Andrea joined JR BECHTLE & Co. in 2004, and today serves as the Vice President, Administration & Marketing. One of her many responsibilities is to supervise the company’s offices in Boston, Chicago, and Miami. She also heads the Marketing and IT Departments. 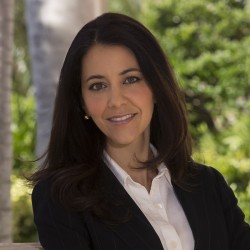 Upon receiving a Finance and International Economics degree from Florida Atlantic University, Carmelyn received her series 7 and 67 licenses while working at various hedge funds. Carmelyn then went on to trade foreign currencies, initially focusing in the back office architecture as the Operation Manager and subsequently moving to the trading desk.

Following many years of concentrating on the trading desk, Carmelyn moved into the CFO position and ran all financial aspects for the Hedge Fund including the calculation and reconciliation of the P&L at Integra Investement Management L.P. 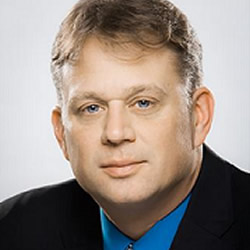 Originally from Munich, Philip attended the Munich International School before coming to the U.S. to earn an undergraduate degree in Marketing from Salem State University. He later attained his MBA from Franklin Pierce University, with focus on Leadership and is a certified Professional in Human Resources (PHR).

His career began in leading a team supporting the global distribution network for a leading U.S. industrial component manufacturer before working in recruiting for JR BECHTLE & Co. With this foundation, Philip began working for 11 years as the regional head of Human Resources, for TÜV SÜD America, Inc., one of the world’s largest testing, inspection, certification companies. As Director of Human Resources he had full responsibility for all human resource and legal matters for the entire Americas region.

Philip re-joined JR BECHTLE & Co. in 2018, and today manages projects in the Northeastern U.S. and Canada. He provides strong in-house expertise regarding the strategic human resource discipline, as well as a strong understanding of the interaction and interplay between North and South American subsidiaries and their European parent companies. 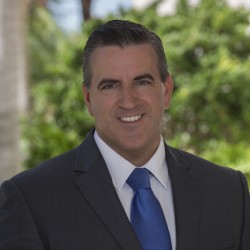 After earning an undergraduate degree in Business Management from Salisbury University, James began his career with a global provider of integrated marketing solutions working with clients regarding database integrity. He then worked for a firm that administers actuarial and healthcare services in the underwriting department.

Subsequently James then spent the better part of a decade in the home and office furnishings industry with much of this experience functioning as General Manager with P&L responsibility and full oversight for sales, operations, warehousing/inventory, and delivery/logistics.

James joined JR BECHTLE & Co. in 2008 and today is based in our Greenville, SC office. James leads the company’s Research Department and also remains active carrying out search projects throughout both North and South America. 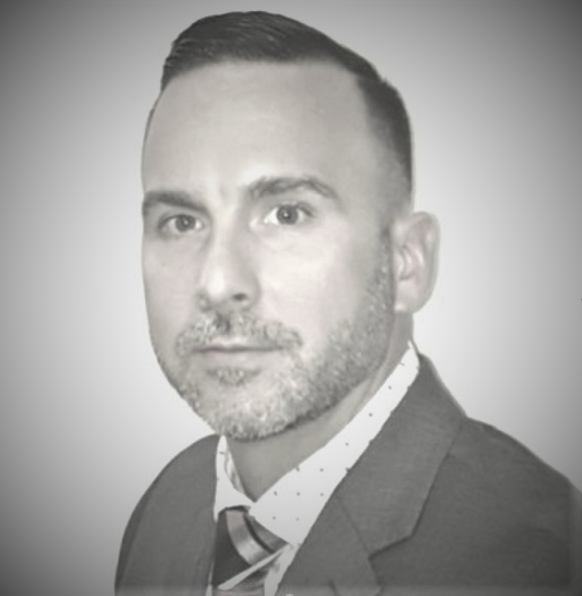 Jay holds an undergraduate degree in Marketing from Salem State University and first joined JR Bechtle & Co. in 2005 as a Research Associate.

In addition to over seven years of experience in executive search, Jay has a background investing in real estate and has a long history of working in management positions in the automotive industry including as General Manager where he was accountable for service, sales, marketing, inventory, and finance.

Subsequent to returning to JR Bechtle & Co. in 2016, Jay has progressed into a Management Consultant and is responsible for partnering with internal and external stakeholders both domestically and internationally to manage and execute Senior- and C-level assignments across North America. He works closely with industry-leading clients on sourcing, assessing and developing top talent across a number of verticals and functions. Jay’s business sense, consulting skills, and strong relationships are a valuable asset to companies looking to strengthen their leadership teams and facilitate growth strategies for future success.